Battle of the Black Metal Movies 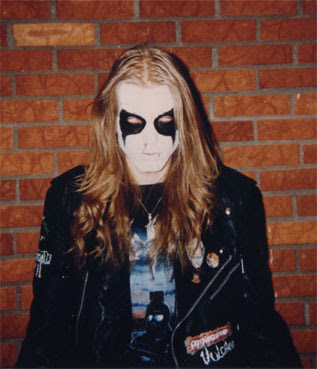 "Until the Light Takes Us is a documentary of the early 1990s black metal scene in Norway. Featuring interviews with Varg Vikernes, Fenriz of Darkthrone and other foundational members of the early black metal community, it is a documentary meant to appreciate black metal the way it should always have been: as an artistic movement against the modern world, gravitating toward mythic imagination through intense music, murder and fire."

Until the Light Takes Us homepage

This is coming out right before the mainstream media unleashes their latest assault on the genre:

"Jackson Rathbone, the teen heartthrob from 'Twilight,' has reportedly agreed to play Varg Vikernes (a.k.a. Count Grishnackh) — the former BURZUM mastermind who is currently serving a Norwegian prison term for the August 1993 murder of MAYHEM guitarist Oystein Aarseth (a.k.a. Euronymous) and setting fire to three churches — in the upcoming movie 'Lords Of Chaos.'

Based on Michael Moynihan and Didrik Soderlind's book of the same name, the film depicts true events and revolves around the black metal sub-culture that spawned a wave of murders and church arsons across Norway in the early 1990s."

Somehow, a fictionalized, dramatized, Hollywood-ized version of the Lords of Chaos book is about the last thing I'd want to ever see.

It would be great if someone treated black metal as a form of art, because those early bands are so transcendently beautiful and violent that they're like stepping outside of modern society into a reality from ancient times -- or the future.

Subvert the dominant paradigm, don't be a solipsist.